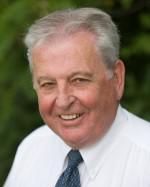 I have lived in Weybridge for over 40 years. Until retirement, I was senior partner in a dental practice in Walton-on-Thames, where I gained a lot of experience in recruitment and financial control. Both of my children (now grown up) attended schools in Weybridge. Over the years I have been involved in a number of local charities, and am a past-chairman of Walton and Weybridge Round Table.

Appointed by: a Local Authority Governor is nominated by the local authority but appointed by the Governing body
Term of Office: 4 years, starting November 2012 (Terry is an associate member until re-election as LA governor in October 2017)
Committee: Personnel and Equality
Position of Responsibility: Year 5 Governor, Link & Training Governor
Register of Interest: Heathside School Admissions Appeals